There's a common practice in the birthing world I'm in to write down and share your birth story, no matter what happened. In fact, it's often healing for others to read if your birth story didn't go as planned.

It's about speaking the truth of it for yourself, to a witnessing and loving group.
It's about hearing out loud if there was something that didn't feel right or empowering.
It's about being present to a deep process that may have (usually does) impact on your life and your child's life ever after.
For each birthing person, it's about what it needs to be about to story the process of birth.

I tell my birth story as often as I can. I have not written it down. But the telling of it, hearing my words and weaving the tale, gives it eternal life. If I wrote it down, then the story might stay stuck in the past...but as my child grows, it's important that I keep reaching back and looking at how his beginning (including his life in utero) unfolds into the present.

I had a dream while pregnant that K came out using big, long, complicated words, like a PhD at a Mensa meeting. I woke up laughing because it was just like me to have a dream like that.
While K didn't come out talking, he *did* quickly learn to talk and then mastered complex sentences well before the average milestone. That dream was prophetic in a way. The dream isn't part of the birth story, but it's part of K's beginnings. It highlights that our communication was non-verbal from the beginning.

And what I share about the actual birth is that it wasn't an event, it was just another part of our conversation together. We've been communicating for a long time, well before K's arrival into the world. And the storying of his life is co-created.

It's common to say that a type of birth produces a type of person...but what if a type of person creates a type of birth? What if K needed a c-section for *his* story? What if part of my story was letting go of *my* idea of what birth *should* be and allowing what actually is to have a place in the world?
Instead of saying I failed (by not birthing at home, as was my original intent), I could hold space for mystery and reality and start my child's life in acceptance, rather than with an underlying failure or defeat. I wasn't defeated. I didn't fail. I listened. And that listening transformed me in the moment. It allowed me to push myself AND it allowed me to make peace with not my way. And that is a foundation that I want for my son.
I want to create the possibility that I can be in acceptance of not my way.

When he comes to me with something that isn't my way of doing things (as he has many times already!), I can go back to that moment (actually, the pregnancy wasn't my way, either!) and remind myself that not my way didn't kill me. It came close, but it didn't actually. And him doing his thing won't kill me (or him) either. 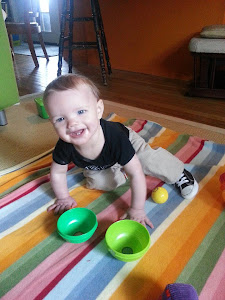 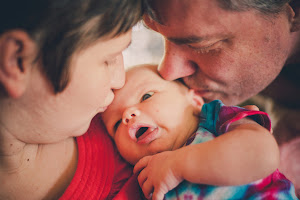